The Northern Nevada Itinerary can be downloaded here

Travel from Reno take Interstate 80 west to the Donner Memorial State Park in Truckee, CA and visit the American Indian display at the park’s Emigrant Trails Museum. From Donner Memorial State Park take Interstate 80 east and California State Route 89 south to the Gatekeeper’s Museum in Tahoe City, CA. The museum showcases the the culture of the Washoe (Wa She Shu) people, the history of Lake Tahoe, and features many works from Dat-so-la- lee, Maggie Mayo James and other famous Washoe weavers. From the Gatekeeper’s Museum take travel on the Lake Tahoe National Scenic Byway to see the ancestral home of the Washoe people, beautiful Lake Tahoe(Da ow) via State Route 28 and Highway 50. Travel along the byway to Cave Rock State Park on the southwestern shore of Lake Tahoe. Cave Rock (De’ek wadapushand) is one of the most sacred cultural and spiritual sites to the Washoe people and the park provides scenic views of and access to Lake Tahoe. From Cave Rock State Park, travel east on Highway 50 to Carson City and visit the historic Stewart Indian School. The Stewart Indian School was the site of Nevada’s only off-reservation boarding school from 1890 through 1980. The school was established by the Federal Government to train and educate American Indian children from Nevada, California & Arizona with the ultimate goal of assimilation. Visitors can walk in the footsteps of former students along the “Talking Trail” and experience the history of the school through a self-guided cell phone walking tour. From the Stewart Indian School, travel north on Highway 395 to tour the Nevada State Museum. The museum is dedicated to the history of Nevada and features exhibits about the state’s American Indian people such as “Under One Sky” and other compelling artifacts from Sarah Winnemucca & Dat-So-La-Lee. Overnight in Carson City.

Travel from Carson City and take Highway 50 and Alt. Highway 95 to Fort Churchill State Historic Park. Fort Churchill was established in July 1860 by the Federal Government during the critical period of conflict following the Pyramid Lake War between American Indians and newly arrived settlers arriving in Western Nevada. Located on the banks of Carson River this historic fort was built to protect transcontinental trade and transportation routes as they extended through the western Great Basin in the 1860’s. From Fort Churchill State Historic Park take Alt. Highway 95 east to the Walker River Paiute Reservation, the home of the Walker River Paiute Tribe (Agai- Dicutta). While on the reservation you can fish or camp at the Weber Reservoir (Tribal permit required) and purchase American Indian crafts at the Four Seasons Market in Schurz. From the Walker River Paiute Reservation take Highway 95 north to Fallon and visit the Churchill County Museum. At the museum, tour exhibits and discover artifacts that interpret what life was like for the area’s early Northern Paiute (Numu) and Western Shoshone (Newe) inhabitants. Overnight in Fallon.

From Fallon take Highway 50 east to the Sand Mountain Recreational Area. This giant sand dune was once home to a Pony Express stop in the 1860’s and is an important spiritual area to the Fallon Paiute-Shoshone Tribe (Toi Ticutta). From Sand Mountain travel west on Highway 50 to the Grimes Point Archaeological Area, to take a self- guided interpreted walking tour through ancient petroglyphs and rock art. From Grimes Point take the short ride east (partially unpaved) to the Hidden Cave Archaeological Area and tour the cave and surrounding area. Tours of Hidden Cave are offered to the public on the second and fourth Saturdays of each month by the Churchill County Museum and the Bureau of Land Management, and special tours can be arranged through the museum. From Hidden Cave take Highway 50 and State Route 116 to the Stillwater National Wildlife Refuge. The Paiute and Shoshone people have lived near these diverse wetlands for thousands of years and the area attracts more than a quarter million waterfowl annually. From Stillwater take State Route 116 and Highway 50 back to Fallon and shop for American Indian crafts at the Fox Peak Station. From Fox Peak take US 95 north and Interstate 80 east to Lovelock. Overnight in Lovelock.

From Lovelock travel southeast on Lovelock Cave Backcountry Byway to discover the history of the area along a self guided driving tour to the Lovelock Cave archeological site. In 1924 archeologists discovered a 2000 year old Tule duck decoy within Lovelock Cave, which would later become Nevada’s official state artifact. From Hidden Cave take Interstate 80 west and State Route 447 north to the Pyramid Lake Paiute Museum and Visitors Center in Nixon. At the museum discover the unique history and culture of the Pyramid Lake Paiute Tribe (Kuyuidokado) and learn why the Paiute people hold Pyramid Lake and its surrounding landscape so sacred. From the Pyramid Lake Museum take State Route 446 west to the Popcorn Rock Wildlife Viewing Area. Here you can see firsthand and learn about the fish & wildlife and the distinctive tufa rock formations that surround Pyramid Lake. From Popcorn Rock you can enjoy world class fishing or other recreation at Pyramid Lake (Tribal permit required) or take the Pyramid Lake National Scenic Byway and State Route 445 back to Reno for additional days or your departure from the Reno-Tahoe International Airport.

DISCLAIMER
Nevada’s tribal communities welcome visitors. Please note that museum hours and Tribal regulations may be subject to change, contacting or visiting to the Tribal administration offices or museums before your visit is recommended. For more information about proper etiquette when visiting a Tribal community or purchasing authentic American Indian art please visit www.nevadaindianterritory.com. 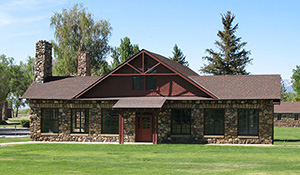 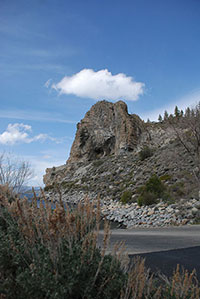 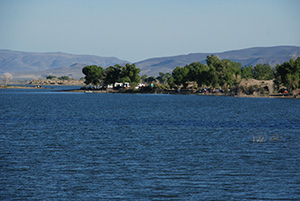 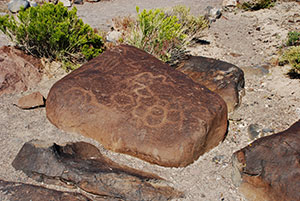 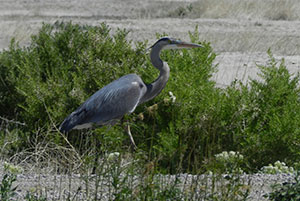 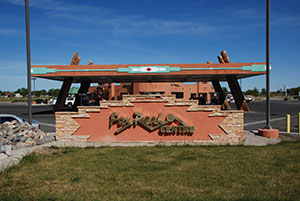 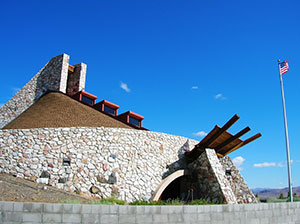